Lakeside County in the American Midwest Upgrades its Public Safety with Milestone, Veeam and QSAN Solutions

“Our jail surveillance is particularly critical because if there’s an incident and someone gets hurt, we must have a video record. That’s why we store and back up the footage, as well as our vital records, on QSAN solutions. They’ve given us ironclad performance and availability for years.”

For people interested in picturesque beauty and outdoor activities like hiking, camping, and fishing, this lakeside county in the Midwest is hard to beat. Over 1,000 square miles in size, the county features one of the world’s largest arrays of freshwater lakes—1,318, all formed by glaciers—as well as 73 rivers and streams. This paradise offers hundreds of thousands of acres of public land and nearly 90 recreational trails that are enjoyed by bikers, hikers, and other outdoors fans.

It is no surprise that tourism is at the core of the county’s economy. Logging, forestry, construction, and government also help support its population of over 23,000. The bucolic county was founded in 1893. 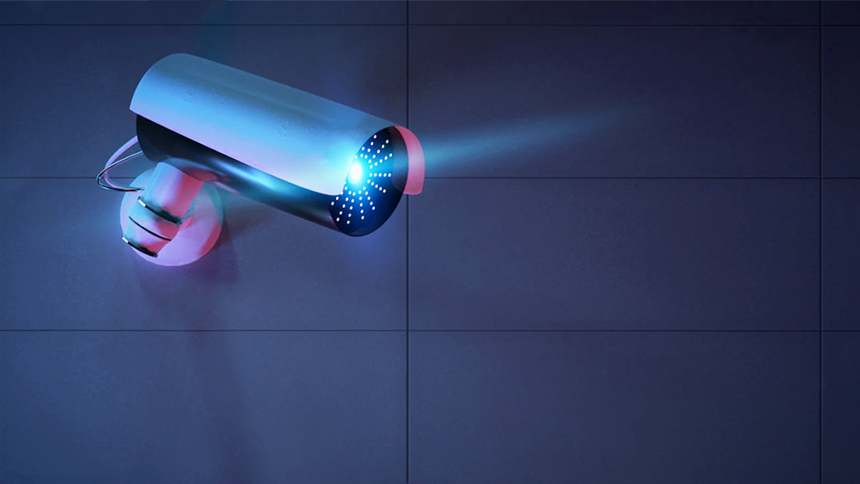 Governance for this lakeside county occurs at its largest city and a popular vacation and retirement destination. There, the county has a courthouse, a jail, and other governmental facilities, all of which are supported by a local data center.

To support public safety, the county launched an initiative to record all activity within its courthouse and jail. Initially, it had to rely on VHS cameras, but this approach was not feasible at the scale the county wanted. VHS tapes had to be replaced multiple times every day for each camera and then stored somewhere. The process was cumbersome, time-consuming, and costly.

The county then switched to digital cameras when the technology became available, and began saving its digital surveillance footage on an HPE MSA storage device. “The HPE solution was costly for its capacity,” said the IT Director for this lakeside county. “As a county government, we lack the budgets of large corporate enterprises. Moreover, as we added more cameras, the platform didn’t have sufficient throughput to support them.”

The county firstly replaced its HPE system with a 4U, 24-bay QSAN XCubeSAN 3224D system. “QSAN platform is very cost effective for the amount of storage we needed and also preserves abundant performance and scalibility to support our future expansion ” said the IT director. "There was nothing on the market close to it for the price-performance ratio. Once we saw how great it worked and its value, it was easy to buy additional units as our storage demands grew.”

The county now has four QSAN XS3224D systems, three at its data center and one at a facility several miles away that serves as backup. The county has nearly 200 digital cameras at its jail and courthouse continuously covering every hallway and corridor as well as the grounds outside. The county is replacing its current cameras with high-definition 4K cameras, with some able to record audio as well as video. The IT director noted that “We’re prepared for the additional 4K resolution because we have nearly 1.5 petabytes of total storage in our QSAN systems.”

The video footage is sent to the Milestone system, which stores it on two QSAN XS3224D systems for 14 days and then compressed and kept for 121 days in compliance with the statutes of the state. These devices store over 600 terabytes of surveillance files.

For even greater security, the county deploys its third QSAN platform for disaster recovery, and uses Veeam software to back up its important files and records on the fourth QSAN device at the remote site. The county performs full backups weekly and incremental backups over the course of each week. 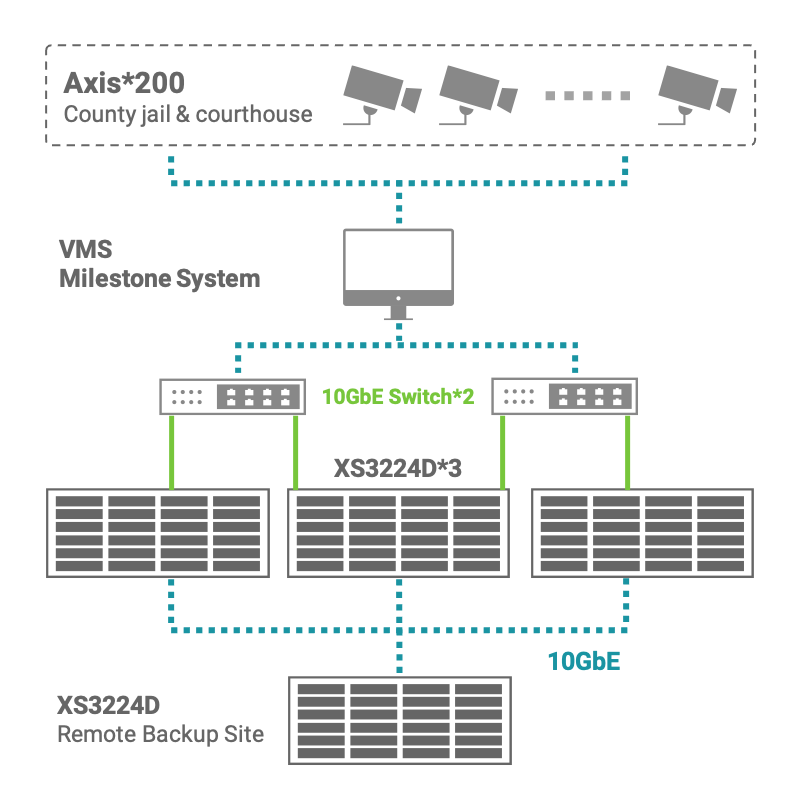 “Adding QSAN solutions to our VMware environment was easy and far less complicated than adding HPE systems to our network,” said by the systems administrator for this county. “We’re able to do it ourselves, which saves the county a lot of money.”Each QSAN device has 24 16 TB drives, for 384 terabytes of capacity and features dual active RAID controllers. Even if a controller fails, the device keeps on performing. For added data protection, the arrays are configured for RAID 5.

“Our jail surveillance is particularly critical because if there’s an incident and someone gets hurt, we must have a video record,” said by the IT director. “That’s why we store and back up the footage, as well as our vital records, on QSAN solutions. They’ve given us ironclad performance and availability for years.”